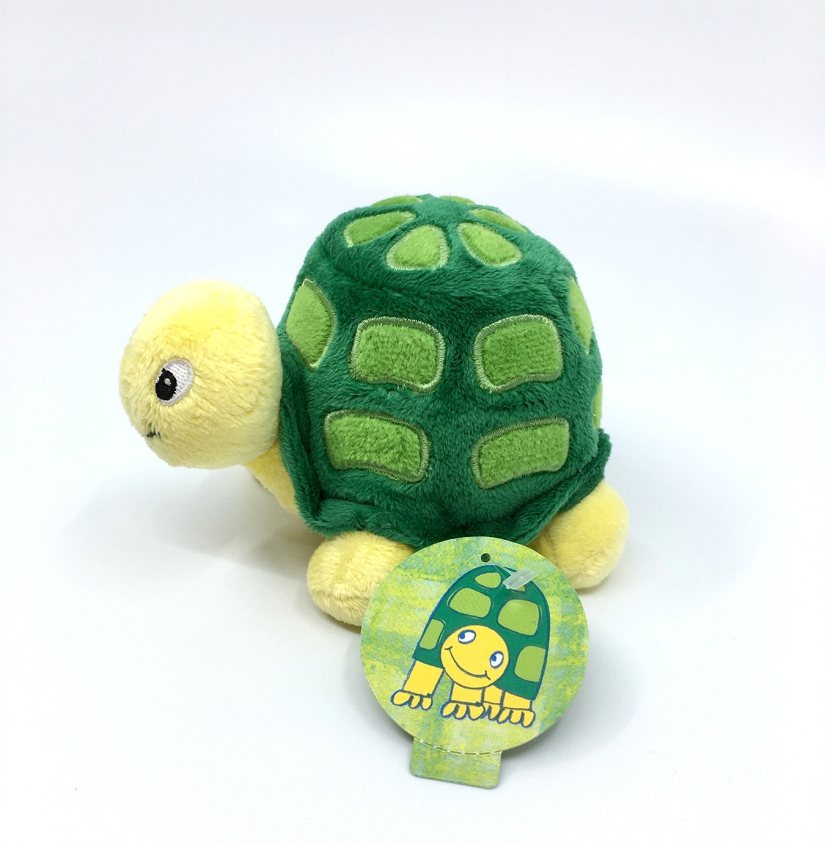 Update 4/9/2019: Thank you to Henry who says: “These were part of Starbucks ‘Dot and Dash’ series in 2007. They had a storybook with stickers, totes, sippy cups (later recalled for safety concerns), and other items. Dot is a ladybug and Dash is a turtle.”

I think these Happy Turtles might have been part of a summer theme at Starbucks one year. I can’t really remember for sure. Anyway, one tag says 2006, and one tag says 2007, so I’m not sure which year they are from. They are really cute at any rate. They are probably four inches tall, and the red one has flowers, eyelashes, and antennae while the green one has more traditional turtle decorations. I think the red one might be some kind of turtle dressed as a lady bug. There may have been other accessories with these turtles, but I’m not certain.