Well, it has been a bit disappointing this holiday season on the Bearista front. As far as I can tell, there aren’t any bears being sold anywhere in the United States stores. I am eagerly awaiting my bears that I bought on eBay, but those bears seem to have been only released in Asia. They are the gingerbread bears. The last Bearistas that I know of which were available in the US were the destination Bearistas with the blue caps and grey messenger bags.

Instead of Bearistas this holiday, Starbucks has released some cute reindeer and a little bird. Okay, they are cute and everything, but we want the bears! I know that when Starbucks opened up their suggestion boards a lot of people were complaining about all the excess “stuff” that they have in the stores. So, I don’t know if not having Bearistas is a step in de-cluttering or what. It doesn’t seem like it. The last time I went in they had plenty of stuff to fill up on.

This isn’t an unprecedented move. There have been other holidays where Starbucks went with other creatures instead of bears. However, it does seem like the first time in recent history when the Bearistas have not been available at Christmas time. I don’t know what their thinking is. Maybe they think people are tired of bears. Maybe they can’t come up with fresh outfit ideas. Maybe it is something completely different. Sam left a comment on this blog saying that people are telling him the bears have been dropped altogether, but I do not think this is the case.

Back in the Spring there was this same rumor going around and I called Starbucks and they assured me they have no desire to drop the Bearistas any time soon. However, it seems like more of a matter of who you talk to at Starbucks. One person says one thing and someone else says something different! If the BARISTAS don’t really know for sure about the BEARISTAS, then they shouldn’t be telling people the bears are being dropped. The fact that they did make the bears in Asia this holiday season does tend to reassure me that the bears are not gone for good, but we’ll see. If I find out anything definite, I will let you all know. And, if you have the low-down, please let me know!

For now I’m sticking with what the person told me in the Spring: that they are NOT discontinuing the bears. Maybe we will see something new for Valentine’s day!

2 thoughts on “Another Discontinuation?” 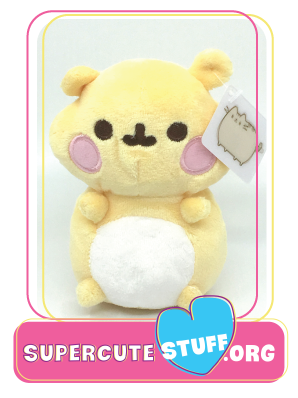